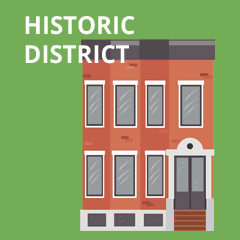 The Design Review Board uses the following standards to review development applications in the Historic District.

Goals of the Historic District

The Historic District and Historic Preservation Board were established by the Snohomish City Council on July 3, 1973 for the purpose of  “…contributing to the social, cultural and economic welfare of the citizens of Snohomish by developing an awareness of its historical heritage, returning unproductive structures to useful purposes and attracting visitors to the City and in order that a reasonable degree of control may be exercised over the site development and architecture of the private and public buildings erected therein...” (Ord. 1185).

Within the Historic District, a list of officially designated historic structures was adopted. Additional structures are eligible for listing, and a number have been added periodically by application of their owners to the Design Review Board and approval by the City Council. 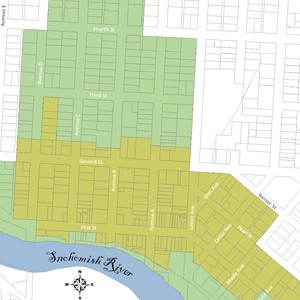 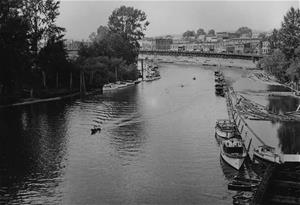 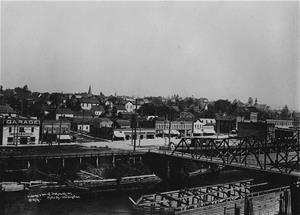 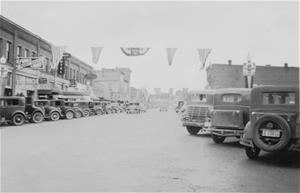 Establishment of the Historic District

In the 1960’s there was a push to preserve the character and commercial viability of the city. The Historical Society (formed in 1969) made it a priority to ensure the rich collection of late 19th and early 20th century buildings stayed intact. Their goal was to have a portion of the city listed on the National and State Historic Register. In conjunction with the City Council and the Chamber of Commerce the Historical Society “defined Snohomish as a community dedicated to influencing its future by preserving its past.”

The first step was to establish a Historic District. The City Council passed an ordinance that set the boundaries for the district in 1973. Then the application for national and state historical status was completed on Jan. 16, 1974 by members of the Historical Society. The names listed on the form are as follows: Mrs. John Gale (member), Mr. Everett Olsen (member), Mrs. Gene Ruthruff (President), Mrs. Ed Linert (member), and Mrs. Willis Tucker (member).

Mrs. JoAnn Warner of Edmonds, county liaison with the Office of Archaeology and Historical Preservation, a branch of the Washington State Parks, provided the guidance in what was needed to be done by the society and the City council. With the ordinance passed, Mrs. Warner was able to do her necessary paperwork and forward it on to the committee which makes the decision to accept or reject applications for placement on the Historic Register. On November 13, 1974, it was announced that the designated district in Snohomish had been accepted and placed on the National Historic Register and it would also be placed on the State Historic Register.

The Present Character of the Historic District

The Historic District is laid out on a modified north-south oriented grid system.  Eighty-foot wide right-of-ways are standard, with a forty-foot wide paved street.  The Commercial Historic District is located at the south side of town, along the Snohomish riverbank.  Historic residential areas are located generally to the north of the Commercial District, and a Mixed Use designation is found in the Maple/Pine Avenue area, located to the east of the Historic Commercial District.

The Historic District Design Standards are intended to preserve and continue the City’s rich heritage and character, to foster quality design and development, and to promote land use compatibility within the City’s historic neighborhoods.

The defining era of the commercial buildings in the Historic District is from 1880-1930.  Commercial Historic District buildings range in height from one to three stories.  Exterior materials include brick, wood siding and stucco.  Storefronts and retail uses at the first floor level are commonly combined with retail, restaurant, lodging, office and residential uses on upper floors.  Buildings are located at the front property line historically, utilizing on-street parking and service access from rear alleys.

Windows are vertically-oriented, and repeated across the façade on both bottom and upper stories.  First floors typically have large storefront windows and glass store doors and taller ceilings than upper floors.  Awnings and recessed entries are common.  Skylights were used to a small degree in commercial buildings.  Building ornamentation commonly includes cornice and window detailing.  The most prominent buildings in the Historic District have well-defined cornices.  Both hipped tile roofs and flat ‘western’ front façades are typical, historically.

Landscaping is commonly limited to flower pots and corner street trees on First Street.  In addition, lawn planter strips are common on north-south streets.  Building uses on First Street display a trend of one- and two-story, night-oriented activities (taverns, movie theater) on the shadier south side.  On the north side of First Street, taller two- to three-story buildings with day-oriented uses (retail shops, bakery, ice cream) are more common.  Residential upper floors also occur on the north side of the street.  The lower height of buildings on the south side of the street permits excellent winter solar access to First Street, improving the microclimate and supports year-round economic viability of the outdoor shopping street.

Homes in the Historic District date from the 1860s to the present, with an emphasis on the years prior to 1920.  Residential buildings display a range of turn-of-the-century styles, including Craftsman Bungalow, Queen Anne Victorian, Shingle, Beaux Arts, Gothic Revival, Italianate, Cottage, Colonial Revival and Stick/Eastlake.  Wood is the predominant material, but brick, stone and stucco are also common.  Historic home roofs were either cedar shingle or composition.  Cedar shakes were not typically used.  Roof pitches were steep, often 10:12 or 12:12, with substantial eaves.  This steep pitch allowed an otherwise one story home to have a usable upstairs for bedrooms.  Porches were common.  Windows were vertically-oriented and often grouped in twos and threes.  Wide wood trim was used on all windows, doors and building corners, generally with wider trim and/or cornices at the top.  Skylights were not used.  Houses were set back from the street a uniform distance, with garages/sheds located behind the main structure, with access from an alley.  Yards were generous in relation to building footprint, with lawns common, and substantial space between structures.  Houses varied in size, but generally were approximately the same size within a neighborhood.  Picket fences were widely used.
Parks
Maps
Forms
Permits
Contact Us